The letters of George Fearn were used as the basis for an education project with Richard Wakefield School at Tutbury and Horninglow Primary which culminated in a performance at the Brewhouse, Burton-on-Trent on 20th March 2014.

The programme for the production is reproduced below 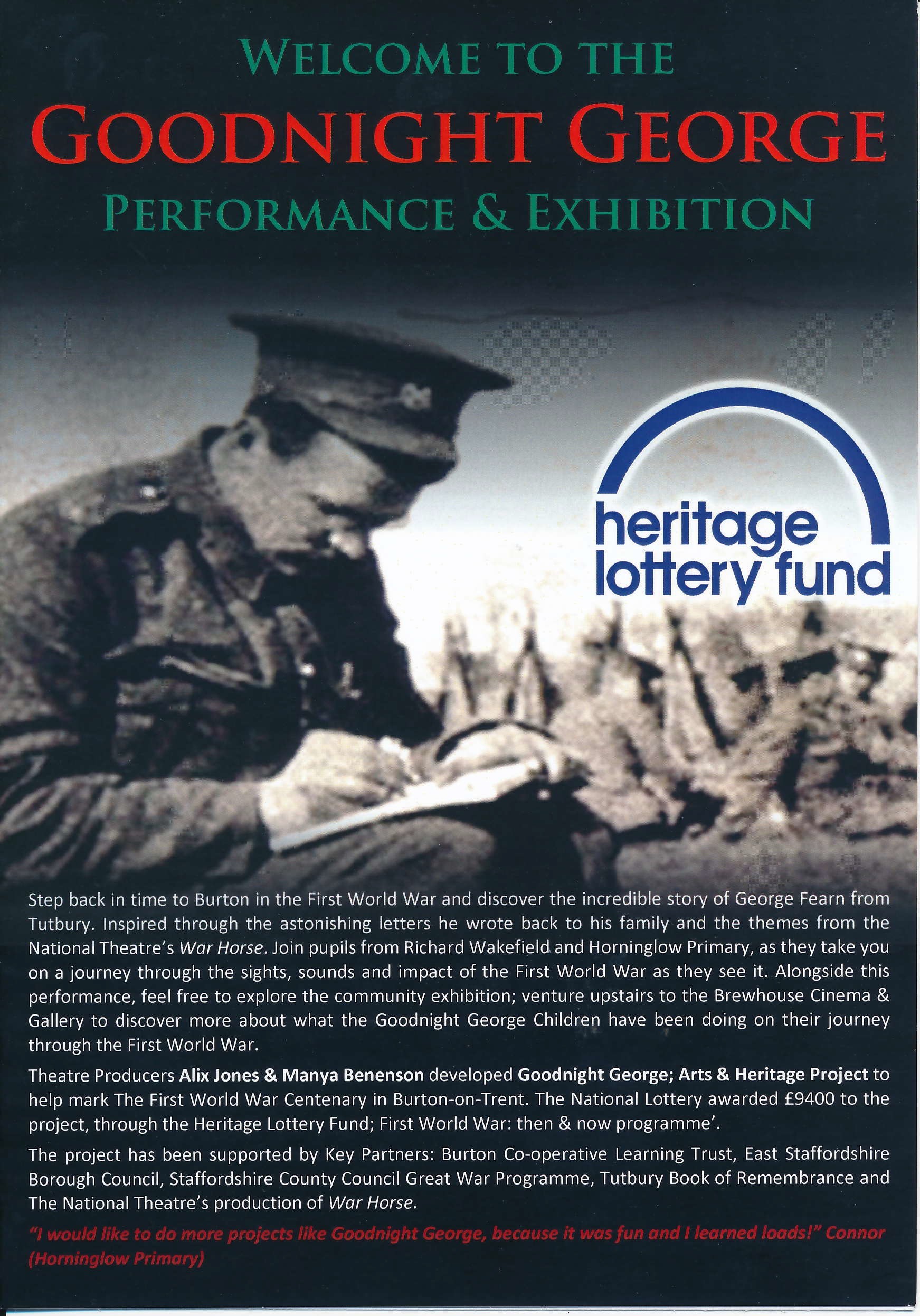 “I hope the audience will be proud of us and take away what we have learnt about WWl, and how much we have put into our Goodnight George Performance”  Phoebe (Horninglow Primary)

On 24th July 1914 fourteen  trains and 8000 passengers went to Scarborough on a day out courtesy of Bass Breweries. This was to be the very last excursion trip  for the people of Burton before the outbreak  of the First World War.

Your Country Needs You!… Last night at home

5th August 1914 Britain declared war on Germany; Lord Kitchener posters that were put up everywhere to encourage boys and men up to join the army and fight for their country. By 1916, with huge losses of life and little  ground lost or won. Fought mostly by soldiers in trenches, all married men between the ages of 18 to 41were conscripted and sent to far way lands to fight.

George Fearn was one of those men; who fought  so desperately to stay with his wife and children. Using George’s letters  he wrote  in the workshops, inspired the children  to write  their  last night at home diary entries in role as George.

“I will remember that George  Fearn came  from Tutbury to fight for all of us.” Collum (Richard Wakefield)

The people of Britain truly believed the war would be over by Christmas 1914. Burton Men & Shire Horses from the Breweries were inspected and mobilised as they marched up to; Burton Train Station. Mothers, wives and daughters waved goodbye to their loved ones, unsure of their return and were left to deal with the harsh reality of life at home.

“I hope  people will try and stop  another  war from happening  and that  war is not a nice thing!” Chelsey (Horninglow Primary)

Every woman was then expected to take on the men’s jobs and keep the home fires burning. Whilst our men were away, being drilled and trained in order to prepare them for the life of trench war-fare in France.

This poem was found in Arthur  Thoneloe’s home just after the First World  War. lt is thought  that Arthur would have kept the ‘Bust lt’ poem with him during his time in the trenches and must have been of great significance to him and kept safely during his time in France.

The Goodnight George Children; after unearthing Arthur’s 100 year old poem and have brought ‘Bust lt’ back to life.

‘My Bonnie Lies over the Ocean’

George Letters: During the children’s visit to Staffordshire Regiment Museum; we explored the trenches and brought George’s letters to life in a real-life dugout- which inspired the children to write their own letters in role as George Fearn.

May Letters: During their  visit to the National  Brewery  Centre; children  wrote  letters  in role  as May in response to George’s his letter; inspired by what they have learnt about what life was like back at home in Burton during the First World War.

“I will remember going to the trenches & seeing what life really might have been like for a First World War soldier.” Eve (Richard Wakefield)

Read by Tom Smith; Horninglow year 5 Class Teacher… This was to be the last letter George wrote to May in 1917.

“I will remember about George Fearn and all the people who died in WW1.” Shaan (Horninglow Primary)

8 million horses died and 10 million  soldiers were killed and 20 million  wounded during WW1; Nash Alley was to be George’s last battle.  The children  have created  poetry  inspired  by their  visit to the trenches, produced charcoal sketches and have worked with the National Theatre to create shadow puppets inspired by themes from the National Theatre’s production  of War Horse.

“I will remember the poems we all made together  & making the shadow puppets, because I really enjoyed making them.” Maggie & A/ex (Richard Wakefield}

At the end of 1918, an armistice was finally agreed upon; the fighting  was to end on the 11th hour of 11th day of 11th month. After the bloodiest  war this world  has ever seen; poppies grew in the fields where so many men lost their lives. Each child has made their own poppy and will be speaking the names of fallen soldiers from Tutbury and Horninglow.

“lt is important to remember the First World War, because they fought for  our freedom and what we are now.” Abigail (Horninglow Primary}

“it’s important to remember the First World War because of George Fearn. They gave their today for our tomorrow, we will always remember them.” Sophie {Richard Wakefield) 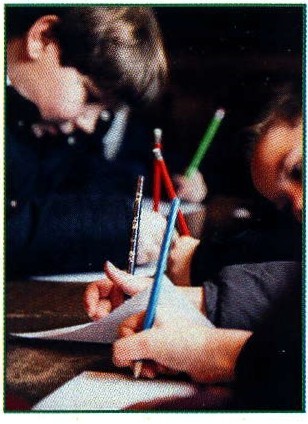 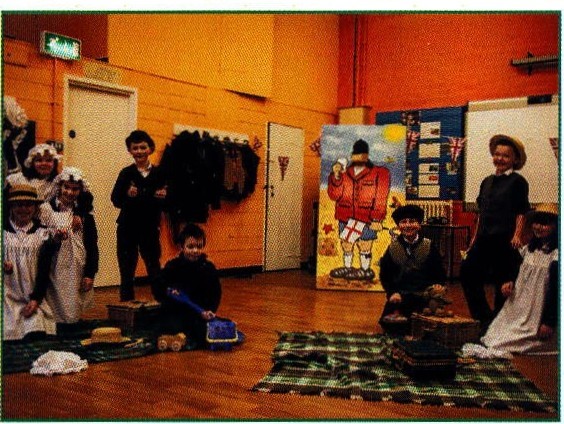 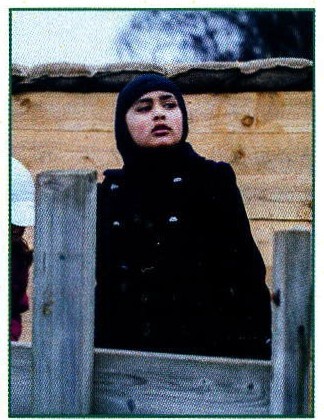 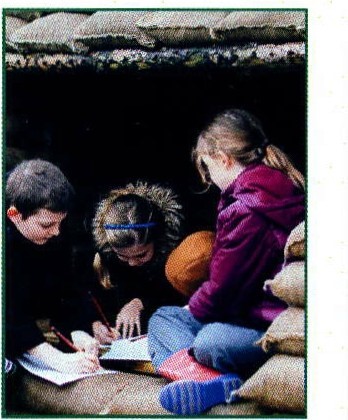 Alix has over 5 years professional experience of working as a Freelance  Practitioner delivering in Schools,Colleges and Youth Groups. Alix is an Education Associate Practitioner at the Royal Shakespeare Company; Nottingham Playhouse & West Yorkshire Playhouse – delivering outreach workshops to both primary & secondary schools.

Manya has been producing, devising and delivering experiential learning opportunities for a diverse range of groups and abilities across the region for the past 12 Years.
Working with Theatres; including Nottingham Playhouse, Lakeside Arts Centre and Mansfield Palace Theatre and and regularly delivers Creative Training courses for professionals across youth, health and education sectors.

“We hope you enjoy the Goodnight George Performance and Exhibition.
This unique partnership project has provided new and exciting opportunities to help children explore and preserve their own local history and create an exciting sharing experience for the community to share. We would like to thank everyone who has been involved in making this project happen and aim to develop more projects like Goodnight George to inspire reading & writing and plant a seed for life-long learning- using theatre as a heartbeat.” Alix Jones & Manya Benenson; Project Producers

Alix Jones and Manya Benenson Project Producers would like to say a huge thank-you to all the staff & children from year 5 at Richard Wakefield C of E Primary School & Horninglow Primary School for their contribution, energy and support towards the project and today’s performance. A special thank-you  to all our partners; Burton  Co-operative Learning Trust, ESBC Brewhouse Arts Development team, Chris Copp from Staffordshire County Council Great War Programme,  Melanie  Whitehead from the National Theatre, Vanessa Winstone at the National Brewery Centre, Rick & Jane Nuth from the Tutbury War Memorials committee for their continued support  and generosity and the Herirtage Lottery Fund for their support  to help fund the project